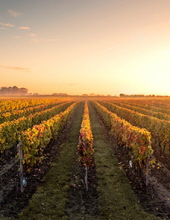 Billy Glenn Farley, 63, of Weirton, passed away Tuesday, January 5, 2021, in the Emergency Room of Weirton Medical Center. He was born October 7, 1957, in Shirley, WV, a son of the late Gale Farley and Eliza Yoho Farley Schutes. He was also preceded in death by his brother Junior Lee Farley and sisters Ruth Ann Camden and Pauline Snider. With over 20 years of service, Billy worked for the Weirton Eat N Park. He enjoyed hunting and he made the most use of his yard by replacing the grass with a vegetable garden. Billy Glenn is survived by his loving wife Terri Jo Tibbs Farley whom he married on July 29, 1987; daughter, Sara Farley both of Weirton, and brother Larry Farley of East Liverpool, OH. Due to the pandemic there will not be any public gathering. Cremation services were provided by Greco-Hertnick Funeral Home, 3219 Main Street, Weirton, WV. Share tributes and memories at www.grecohertnick.com 304-748-3219.
View current weather.