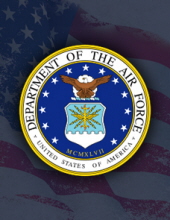 Edward R. “Randy” Townsend of Weirton went to be with the Lord on July 4th, 2021. He was 71. Randy was born on April 12, 1950, in Morgantown, WV to Edward Lee and Bertha Jenkins Townsend. He graduated from Follansbee High School in 1968 and joined the United States Airforce. He loved nature and the outdoors. His hobbies included hunting, fishing. He will always be remembered for his kindness and his concern for others in need. Randy was preceded in death by his parents, Edward and Bertha, his step-father, William Means; and his brother, William “Jeff” Means. He is survived by his daughters, Rhonda (David) Merten, Lori (Tom) Winkler, and Shannon “Valerie” (Chuck) Paschke; his sisters, Linda (Rich) Alberti, Roxanne Townsend and Deana Maine; his two brothers, Gary and Tom Means; his three granddaughters and three grandsons. Randy was laid to rest at the National Cemetery of Alleghenies. Share memory at www.grecohertnick.com
View current weather.