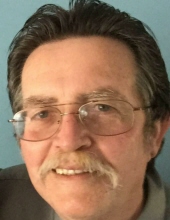 Jack William Wells, 69, of New Cumberland, WV, passed away Tuesday, August 14, 2018, in Trinity Medical Center West E.R., in Steubenville, OH. He was born February 19, 1949, in Steubenville, OH, a son of the late Claude and Anna Bell Eddy Wells. He was also preceded in death by his brother Steve Wells. A veteran of the United States Army, Jack served his country during the Vietnam era, stationed in Korea. He retired after 20 years of service from Wheeling-Pittsburgh Steel Company in Mingo Junction, OH, where he operated a Kress Carrier. He was a member of Trinity United Methodist Church, T.U.M. Men’s Organization, AF & AM New Cumberland Lodge 22, American Legion Post 10, and was a former Weirton Jaycee. Jack enjoyed science fiction movies, music, and traveling, but most of all he loved spending time with his family. He will be remembered with love by his wife, Joyce Mullenax Wells, whom he married October 24, 1981; daughter Sara Conkle and her husband Everett all of New Cumberland; brother, Gene Wells of Toronto, OH and his three grandsons; Xavier, Andy and Draven Conkle; and numerous nieces and nephews. Friends will be received Thursday 2-4 and 6-8 PM at Greco-Hertnick Funeral Home, 3219 Main Street, Weirton, WV, where funeral services will be held at 11 AM Friday. Reverend R. K. (Bob) Staub will officiate. United States Army and the VFW Honor Guard will conduct military honors. Share tributes and memories at www.grecohertnick.com 304-748-3219.
View current weather.