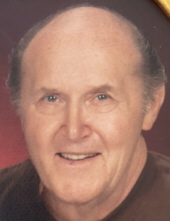 James A. C. “Bud” Barkley of Weirton passed away on Tuesday, March 8, 2022, after a battle with cancer. He was 81. James Alexander Cleveland Barkley was born on January 13, 1941, in Hanlin- Station, PA to James and Sara Elizabeth Noah Barkley. He graduated from Union High School in 1959 and took a job working for Tony P. Sellitti. He then served his country as a signalman in the US Army, where he served in Japan and Vietnam. In 1966 he met Teresa Rosiak, they fell in love and married on November 18, 1972. They were blessed with a happy marriage for 49 years. Bud retired from Weirton Steel Quality Control where he tested the steel. After retiring from the mill, he enjoyed working for Weirton Medical Center as a greeter and a courier. A big sports fan, Bud loved cheering on the Pittsburgh Steelers, Pirates and the Notre Dame Fighting Irish. He also was known for his love of collecting baseball cards and trains. Thrifty, he was always checking out the deals at the flea markets. Bud was a member of the American Legion Post 10; AARP and was a committee member for Make a Wish. In addition to his parents, Bud was preceded in death by his sister, Linda Mae Katherine Eafrati. He will be remembered with love by his wife, Teresa Rosiak Barkley; his brother, Howard Paul Barkley; his sister, Melinda and Joe “Chipper” Greco; his Godson, Evan Greco; his brother-in-law, Eugene and Debbie Rosiak. Visitation will be Sunday 1- 6 PM at the Greco Hertnick Funeral Home, where funeral services will be conducted on Monday at 11:00 AM Rev Larry Barkley will preside. Military Honors will be conducted by the West Virginia National Guard and the American Legion Post 10. Memorial contributions may be made to Sacred Heart of Mary Roman Catholic Church, Weirton, Make A Wish or to the American Cancer Society. The Barkley family would like to thank Valley Hospice for all their kindness and care. Share tributes and memories at www.grecohertnick.com
View current weather.