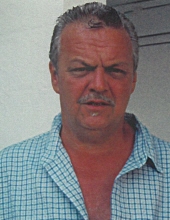 Jerry Lee Anderson, loving husband, father, and grandfather, passed away on Tuesday, December 8, 2020. He was 73. Jerry was born in Wheeling, WV, on October 20, 1947, one of eleven children born to George and Genevieve Howe Anderson. Jerry grew up in Weirton. At the age of 18, Jerry served his country as a sharpshooter with the US Army in Vietnam. On his return from the war in 1968, Jerry and Karen Smith planned their marriage on April 12, 1969. During their 51 years of marriage, they were blessed with four children, eight grandchildren, and two great- grandchildren. Jerry provided for his family working as a crane operator for 34 years with Weirton Steel. A hard worker, he often worked double shifts, recording 84 doubles in a single year. In his free time, he loved to hunt and fish at his family camp in Wetzel County and camp at the ABC Campground in Carrollton, OH. Jerry will always be remembered as a good man with a big heart. He would give his shirt off his back to anyone in need. He often would make sure no one went without buying turkeys at Thanksgiving and gifts at Christmas for the less fortunate. Jerry would be the first to tell you that his family was his greatest blessing, all four children are college graduates, and his grandchildren and great-grandchildren are his pride and joy. In addition to his parents, Jerry was preceded in death by his brothers, George, Charles, John, Thomas, and his sister, Daisy Harmon. He will be remembered with love and admiration by his wife, Karen (Smith) Anderson, son, Jerry Anderson; daughters, Amy (James) Westervelt, Jennifier (Robert) Marchese, Rachel (Raymond) Rodriguez; brother, James Anderson; sisters, Polly Hoover, Rhonda Swiger, Patsy (Allen) Lancaster, Diane (Charles) Rice; grandchildren, Garrett, Jaxon, Anderson, Dana, Olivia Westervelt, Alex, and Gabriel Marchese, Megan (Josh) Reed, and Joey Rodriguez; great- grandchildren, Levi Rodriguez, Aiden Reed; and his grand puppy, Baylee. Visitation will be Saturday 3 p.m. until the time of funeral services at 6 p.m. at the Greco - Hertnick Funeral Home 3219 Main Street Weirton. Jerry will be laid to rest at the National Cemetery of the Alleghenies. Memorial contributions may be made to the Disabled American Veteran’s Organization. Share tributes and memories at www.grecohertnick.com.
View current weather.