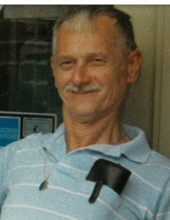 Robert M. “Bob” Burskey of Weirton passed away peacefully at the UPMC Mercy on Saturday, September 25, 2021, with his beloved wife of 60 years at his side. Bob was 87. Born on June 29, 1934, in Weirton, WV Bob was the youngest of two sons born to Mary A. Balog Burskey. A lifelong resident of Weirton, WV, Bob graduated from Steubenville Catholic Central in 1952, and continued his education and basketball skills at Xavier University, in Cincinnati, Ohio. After college, Bob returned to Weirton to work in Weirton Steel. This is where he first saw Margaret Vince walking down the street. They were fixed up by a mutual friend and later married on October 15, 1960. In the first eleven months of their marriage, both Bob and Margaret were laid off and they had to endure financial challenges. Bob and Margaret learned to save money and eventually saved enough to buy the home that they still reside in today. Over the sixty years, they were blessed with two children. On September 21, 1984, tragedy struck their family when their daughter, Janet Burskey was killed in an auto accident at the age of 16. Oh, what a joyful reunion they are having now! A United States Army Reservist, Bob retired as a motor inspector at Weirton Steel, where he worked for over 30 plus years. In their free time, Bob and Margaret enjoyed traveling with their friends on many bus trips organized by Helen Carpini. They were members of the Four Seasons Seniors. Bob was also a member of Saint Joseph the Worker Roman Catholic Church, where he served as an usher. He was a member of the Knights of Columbus 3734 and the Fourth Degree Assembly. Bob enjoyed the camaraderie and competing against his fellow Knights on the Bocce Courts. Most of all Bob will be remembered as a kind person, devoted husband, cherished father, uncle, and brother-in-law, his love for music, his great moves on the dance floor, and his many basketball stories. In addition to his mother, and daughter, Bob was preceded in death by his brother, Martin “Joe” Burskey. They are throwing the knuckleballs now. May your last breath on earth, be your first breath in Heaven. He will be remembered with love by his wife Margaret, son, Bobby, daughter in law, Joni; brother in law, Charlie (Barbara) Vince; a niece, and five nephews. Visitation will be Tuesday from 2 PM until 7 PM at the Greco Hertnick Funeral Home, 3219 Main Street Weirton, WV The Knights of Columbus Council 3734 will recite the rosary at 6:30 PM in the funeral home. Mass of Christian Burial will be celebrated Wednesday at 11:30 AM at Saint Joseph the Worker Roman Catholic Church, Weirton, WV Bob will be laid to rest at Saint Paul’s Cemetery Memorial contributions may be made to Saint Joseph the Worker Memorial Fund. Bob’s family would like to thank Dr. Cherian John and Dr. David Hepps for their tremendous care. Share tributes at www.grecohertnick.com
View current weather.