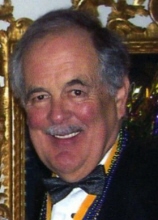 On Thursday February 27, 2014, Weirton lost a visionary entrepreneur. Alvar "Al" Lauttamus was born on December 23, 1943, a son of the late Alvar Victor Lauttamus and Marjorie Miller Lauttamus of Wellsburg, WV. At a very early age Al developed a passion for electronics. He graduated from Wellsburg High School in 1962, attended the Pittsburgh Technical Institute and began his career at C&P Telephone Company. After leaving C&P Telephone Company he started his business out of his garage, which eventually became Lauttamus Communications and Security serving customers throughout the United States while employing over 50 people. Al was involved in many civic and business organizations, including membership in the Chambers of Commerce's., a member in good standing of the Association of Telemessaging Services International, as was the board of director of the International Food & Art Festival, Atlantic States Telephone Answering Service, Association, American Association of Paging Carriers, and Critical Messaging Association. He is also active in the Weirton Heights Rotary, where he is a Charter Member of Rotary Club, a Paul Harris Fellow, and was honored as Rotarian of the Year in 1998. He was honored in 1998 by the Friends of Northern Community College, as its Citizen of the Year in Business. Al was awarded the Sam Walton Small Businessman of the Year, Ernst and Young Entrepreneur of the year. In June of 2006 Lauttamus Communications received the WV Governors Service Award for Community Service. In 2013 Lauttamus Communications was ranked as one of the fastest 100 growing companies in Western, Pa. Al was a life long member of the Wellsburg United Methodist Church. Al is survived by his daughter, Jodi Lauttamus of Tucson Arizona; his son, Paul Lauttamus, daughter in law, Annie Lauttamus, and grandson, Carson Lauttamus all of Weirton, WV. Visitation will be 6-8 PM Friday and 2-4 and 6-8 PM Saturday at the Greco Hertnick Funeral Home, 3219 Main Street Weirton, where funeral services will be held 1:30 PM on Sunday. Interment will follow at Kadesh Chapel Cemetery, Beech Bottom, WV Memorial contributions in AL's memory may be made to the Weirton Heights Rotary Club. P.O. Box 2524 Weirton, WV 26062
View current weather.