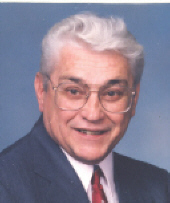 Andy Shutak, 74, of Weirton, died Wednesday, July 7, 2004 at the Weirton Medical Center. Born December 16, 1929 in Weirton, WV, he was the son of the late Andrew and Susan Blanar Shutak. After 40 years of service, Andy retired from Weirton Steel where he worked as a pipefitter. He was a member of the WSX 25-Year Club. He also served in the US Army during the Korean War. Andy’s survivors include his wife Mary Lou Lowe Shutak of Weirton whom he married April 23, 1987; daughters Jo Lanna Herceg and her husband Jack of East Springfield, OH and Audra Catlin and her husband William of Upper Fairmount, MD; step-daughter Teresa Boykin of Weirton; step-sons Edward Cooper and his wife Kay of Dunkirk, MD and David Cooper and his wife Tina of Cranberry Township, PA; sister Bette McElfresh of New Cumberland; six grandchildren and 6 step-grandchildren. Friends will be received Friday 2-4 and 7-9PM at the Greco-Hertnick Funeral Home, 3219 Main Street, Weirton where funeral services will be held at 11AM Saturday with Reverend William Stout presiding. Burial will be at Grandview Cemetery in Florence, PA. Memorial contributions may be made to a charity of the donor’s choice. Share tributes with his family at www.grecohertnick.com.
View current weather.