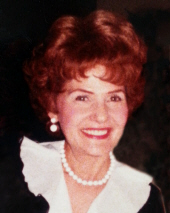 MANKOWSKI, ANNE (KRYNICKI) went to be with the Lord very peacefully on January 17, 2014, at the age of 84, surrounded by her loving family. She was born in Weirton, West Virginia on August 25, 1929, the daughter of the late Chester Krynicki and the late Stella Krynicki Greathouse. Anne graduated from Mount Nazareth Academy in Emsworth, PA. She married her husband, Walter, on February 26, 1949. In addition to her parents, Anne was also preceded in death by her brother, Stanley Krynicki, and her step-father, Jake Greathouse. Anne is survived by her husband of 65 years, Walter Mankowski, by three daughters, Christine Mankowski, Mary Ann Tucker (Jim), and Kathleen Cowey (Paul), and one son, Raymond Mankowski. In addition to her children, Anne is also survived by five grandchildren, Tiffany Devore, Jamie Stierwalt, Matthew Mankowski, Zachary Mankowski, and Kevin Cowey, as well as seven great-grandchildren. Anne was a devoted wife and a loving mother, whose very kind heart and giving spirit were blessings to everyone. Above all else, she had a very strong faith in God and instilled her Christian values in her children and grandchildren not only through words, but by the way she lived her life. Anne was a woman of true beauty and grace who touched the lives of all those around her. With a heart full of God's love, she shared words of wisdom, encouragement, and life. Her smile was heartfelt, her love genuine, and her desire to walk in God's truth was evident in all that she did. Anne made her home a place of warmth and happiness and she will be forever remembered and missed by all who had the privilege of knowing her. Friends and family will be received at Greco-Hertnick Funeral Home, 3219 Main Street, Weirton on Thursday from 1 to 3 p.m. and 6 to 8 p.m., and again on Friday at the First Church of the Nazarene located at 475 Colliers Way, Weirton at 11 a.m. A celebration of Anne's life will be held at the church on Friday at 12 o'clock, with Pastor Brian Richardson officiating the service. Memorial contributions may be made to the First Church of the Nazarene, 475 Colliers Way, Weirton, WV, 26062.
View current weather.