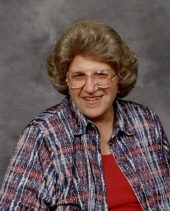 Antoinette M. "Toni" Oliver, 80, of Weirton, passed away Monday, March 21, 2016 at her home. She was born June 17, 1935 in Steubenville, OH, a daughter of the late Joseph and Jennie Paladino Oliver. She was also preceded in death by her brothers Vincent and Norman; her sisters, Helen Carpini, Ida Puzzuole and Angeline Welshans, and nephew, Anthony Carpini. Toni graduated from Weir High School and worked at National Steel as an Executive Secretary for the Vice-President of Quality Control. In 1971, she accepted a position as Executive Secretary for the Director of Vocations for the Diocese of Wheeling Charleston. Toni was appointed as the Director of the Paul VI Pastoral Center in October, 1981 by the late Bishop Joseph H. Hodges and served as Director for 20 years until her retirement in 2001. She was a member of St. Paul Catholic Church, the Cursillo Movement and was instrumental in the development of the TEC (Teens Encounter Christ) program for the diocesan youth. Toni was named an affiliate by the Marist Brothers for her close ties and continuous support. Family was the most important part of Toni's life and she leaves a legacy of love, patience, compassion, generosity and a strong Christian Faith. Toni is survived by her sisters Josephine (Sam) Cekinovich and Rose Marie (Allan) Mark; her sister-in-law Frances Oliver all of Weirton and several nieces and nephews. Toni will be missed by her family and friends, as well as those whose lives she touched with her gentle spirit and generosity. In keeping with Toni's wishes, visitation will be 10 AM until the time of her Memorial Mass at 11 AM, Saturday, April 2nd at St. Paul Roman Catholic Church in Weirton. The Reverend Father Larry Dorsch will officiate. Her cremated remains will be interred in St. Paul Cemetery.
View current weather.