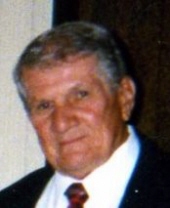 Charles M. Tortis, Jr., 78, of Weirton died Saturday June 7, 2008, at the Weirton Medical Center. Charles was born on November 29, 1929 in Weirton, WV, the son of the late Charles M. and Jennie Younciak Tortis, Sr. He was also preceded in death by his brother Robert Tortis. Charles retired from Weirton Steel after 40 years of service as a millwright in the Strip Steel Department. He served his country in the US Army during the Korean War. Charles was a member of Saint Joseph the Worker Roman Catholic Church, Knights of Columbus 3734, American Legion Post 10, Mountaineer Golf Course and the AARP. Charles enjoyed playing golf and loved spending time with his family especially his grandson, Christian. He is survived by his wife Delores DeMayo Tortis, whom he married on July 3, 1954; his daughter, Nancy Foti and her husband Frank of Galloway NJ; his brother James and Sally Tortis of Deltona, FL; his sisters, Mary Jane Aperfine and JoAnn and Jack Wells all of Weirton; his grandson, Christian Foti; his nieces and nephews. Visitation will be 3-8 PM Tuesday at the Greco- Hertnick Funeral Home, 3219 Main Street, Weirton, WV. Knights of Columbus will recite the rosary 7PM Tuesday. Funeral Liturgy with mass will celebrated 10 AM Wednesday at the Saint Joseph the Worker Roman Catholic Church. Reverend Father Dean Borgmeyer will preside. Entombment will follow at the Saint Paul Cemetery, Weirton, with military services conducted by the American Legion Firing Squad.
View current weather.