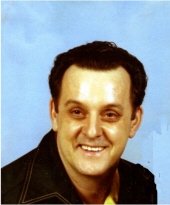 Edmond D. Gilles, 80, of Colliers, WV died Tuesday February 3, 2009, at the Trinity Medical Center West in Steubenville, OH. Edmond was born on October 12, 1928 in Midway, PA, a son of the late Edmond and Mary Kay Powelson Gilles. He was also preceded in death by his beloved daughter, Cheryl J. Gilles Proellochs on August 13, 2007. Gillie was an entrepreneur. He is the owner of the Korner Kupboard in Colliers, WV, a business he and his wife operated for the past 29 years. Early on, Gillie worked as a meat cutter for 18 years in Pennsylvania and also at the A & P Grocery Store in Weirton. He later owned and operated the Gilles Trucking, where he transported steel and coal. He owned and operated several other businesses, which included the Overlook Restaurant in Florence PA, Fox's Pizza and the concessions at Tomlinson Run State Park. He also catered food at many area festivals. Gillie was known for his talents on the baseball diamond. His promising career, with professional baseball, was interrupted when he was called upon to serve his country in the Korean War. Later, he shared his talents with his sons, and other area youths as he coached the termite leagues for many years at the Starvaggi Field in Paris, PA. Gillie was a member of the Paris Presbyterian Church, the Lions Club and the VFW. He was very active in the past International Food and Arts Festivals. He is survived by his wife, Eleanor J. Cunningham Gilles, whom he married on September 20, 1954; his two sons, Brad and Pat Gilles of Upper Saint Clair, PA and Terry and Vicki Gilles of Weirton, WV; his brother, Gene Gilles of Bulger, PA; his sister, Lorna G. Clark of Midway, PA and several nieces & nephews. Visitation will be 2-4 & 7-9 PM Thursday at the Greco-Hertnick Funeral Home, 3219 Main Street, Weirton, where funeral services will be held 11 AM Friday. Military services will be conducted by the American Legion Firing Squad and the Weirton Honor Guard. The Reverend Tina Hosler will preside. Interment will be in Chestnut Ridge Cemetery, Florence, PA. Memorial contributions may be made to the American Heart Association. Share tributes and memories at www.grecohertnick.com
View current weather.