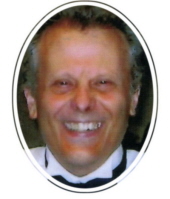 Fred Gillette, 59, of Weirton, passed away on August 2, 2013 at his home. Fred was born on April 2, 1954, in Weirton, a son of the late Raymond and Ann (Mrvos) Gillette. Fred had a BS from Shepherd University and a teaching certificate from West Liberty University. He was a member of the Moose Fraternity at Shepherd University, enjoyed watching Jeopardy, and following the Pirates, Steelers and WVU and Shepherd University sports. He was also an avid reader and Civil War History buff. Fred will be missed by his twin brother Ted of Ashland, Virginia, wife Pamella, nephew Alex, niece Elizabeth Freeman and husband Doug and grand nephew Aiden and brother, Ray of Winnetka, IL. wife Susan, nieces Maggie Gillette and Lindsay Swift and husband Nate. Friends and family will be received at Greco Hertnick Funeral Home, 3219 Main St., Weirton, on Tuesday from 1:00 to 4:00pm. There will be a memorial service at 4:00pm. In lieu of flowers the family is requesting donations to Salvation Army Harbor Light Center 1515 West Monroe, Chicago, IL 60607.
View current weather.