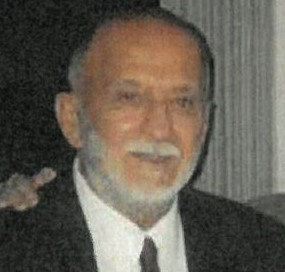 George was born on February 22, 1932, in Los Angeles, California, to John and Mary Farran Risk. His family moved to Brooklyn, New York where he was raised.

His family later moved to Weirton where he got a job with Weirton Steel Company. He met Frances Merenda, and they were married on September 9, 1953. George and Frances were married for 64 years before Frances died on March 15, 2018.

George was an Army veteran.

He leaves behind a son Terryn Risk and his wife Diana, and his only grandchild, Anya Sarah Risk.

George was an avid tennis player and a Golden Glove Boxer in Brooklyn, New York.

We extend our appreciation to the staff of Serra Manor and Grace Cottage for their care.

George’s request for cremation has been honored.

No services will be conducted at this time.