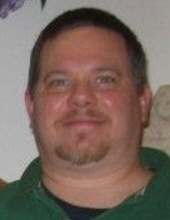 James W. “Jim” Heilman, II, 50, of Weirton died Monday, August 12, 2019 in the Emergency Department of Weirton Medical Center. The son of Kathryn Rinehart Heilman of Weirton and the late James W. “Lefty” Heilman, James was born April 14, 1969 in Weirton, WV. Jim graduated from Weir High School in the Class of 1987. After graduation, he attended Marshall University in Huntington, WV. After college, Jim went to work as a boilermaker. He was a member of Saint Paul’s Roman Catholic Church, and the International Brotherhood of Boilermakers Local 154. He enjoyed watching sports especially WVU, Marshall, and the Miami Dolphins. Most of all, Jim will be remembered for the love he had for his family, and the care he had for his mother and father as they grew older. In addition to his mother, Kathryn, Jim will be remembered with love by his sisters, Nancy H. Ferrari and her husband, Dr. Norman D. Ferrari, III of Morgantown, WV, and Patti Heilman of Pittsburgh, PA; his niece and nephew, Elizabeth and Nicholas Ferrari of Morgantown, WV; and Dylan Myers who was like a grandson to him. Friends will be received 5-8 PM Thursday at the Greco-Hertnick Funeral Home, 3219 Main Street, Weirton, WV. Additional visitation will be held Friday from 11 AM until the 12 PM Mass of Christian Burial at Saint Paul’s Roman Catholic Church. Reverend Father Babu Joseph Elamturuthil will preside. Interment will follow at Saint Paul’s Cemetery, Weirton. Share tributes and memories at www.grecohertnick.com 304 748 3219
View current weather.