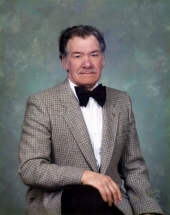 John C. Moore, 88, of Weirton, passed away peacefully Sunday, April 29, 2012 at his home surrounded by his family. Born December 11, 1923 in Benwood, WV, a son of the late Anthony C. and Cora Murphy Moore. He is also preceded in death by his wife, Margaret Casagrande Moore who died April 7, 2004; brothers, William, Wayne, Paul, Thomas, Clarence, and Delmar Moore; sisters, Nellie Travers and Jessie Childers; and great-granddaughter, Christina Moore. With 20 years of service, John retired from Weirton Steel, where he worked as a clerk in the Blooming Mill. He was a member of the American Legion Post 10, VFW, Last Man's Club, Fraternal Order of the Moose, and Past President of the PTA in the Old Cove School, and he served on many boards and associations throughout his life. John served as a councilman for the City of Weirton for 34 years representing Ward 3. John was a veteran of WWII serving in the United States Army as a medic. He was awarded the Purple Heart and Bronze Star for his actions at the Battle of the Bulge. John was a very patriotic man and devoted to his country. He also enjoyed working in his garden. He is survived by his sons John C. (Honey) Moore, Jr. of Weirton, Anthony C. Moore of Morrisville, NC, and Barry C. Moore of Weirton; daughters Joan (Gary) Clovis and Debbie (John) Yadrick all of Weirton; nine grandchildren and nine great-grandchildren. Friends will be received Tuesday 2-4 and 7-9 at the Greco-Hertnick Funeral Home, 3219 Main Street, Weirton, WV, where funeral services will be celebrated 12PM Wednesday with Pastor Marlin Hawley officiating. Interment will be in Chapel Hill Memorial Gardens, Weirton where military services will be provided by American Legion Firing Squad. Memorial contributions may be made to Salvation Army or the Hancock County Animal Shelter. Funeral Home: Greco Hertnick Funeral Home 3219 Main Street Weirton, WV US 26062
View current weather.