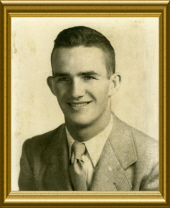 John E. Harold, 81, of Weirton died Friday January 9, 2009, at the Weirton Medical Center. John was born on November 2, 1927, in Spencer, WV, a son of the late Bernard and Alice G. (Hunt) Harold. He was also preceded in death by his wife, Kathleen M. Paugh Harold. on January 13, 1988; his two brothers, Howard and Richard Harold; and his sister, Betty D. Epling. John retired from Weirton Steel after 30 years of service, where he worked in the B.O.P. and the Blast Furnace. He served his country after World War II in the United States Army. John was a member of the Oakland Presbyterian Church, The Men's Fast Pitch Softball Church League , and was an avid WVU Mountaineer Fan, where he was a season ticket holder for many years, attending all home games, and several away games including the Bowl Games. He is survived by his two sons, Stephen "Mike" and Paula Harold of Weirton, WV and Edward A. and Debra Harold of Wheeling, WV; and his 3 grandchildren, Brian and Erin Harold, Marc and his wife Melissa Harold. Visitation will be 2-4 & 6until time of funeral services at 8 PM on Monday at the Greco Hertnick Funeral Home 3219 Main Street, Weirton Interment will be in Eventide Cemetery, Spencer, WV.
View current weather.