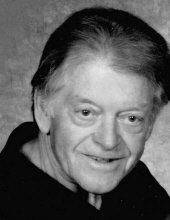 Johnny C. Dulaney, 70, of Colliers passed away Wednesday March 22, 2017, at Lifeline Hospital. Born on December 1, 1946, in Wetzel County, WV, Johnny was a son of Freda Kirkpatrick Dulaney of Weirton, and the Late James Wilson Dulaney. He was also preceded in death by his wife, Barbara Ann Gantz Dulaney; and brother, Steve Dulaney. Johnny retired as a project manager from A & K Railroad after 28 years of service. When he was not traveling with his job, Johnny enjoyed hunting, fishing and playing guitar with his cousins. He also cherished the times he spent with his two grandchildren as he loved being "Pappy John". In addition to his mother, he is survived by his son, John C. and Diana Dulaney; 2 grandchildren, Tyler and Heather Dulaney ; a brother, Ronnie Dulaney (Bobbie); 5 sisters, Pearl Ryan, Evelyn Dulaney and Diane Showalter (Harry) all of Weirton, Polly Showalter (Tommy) of Ohio and Terri Dennis (John) of Indiana; sister in law, Delma Dulaney of Harper, Iowa; mother in law, Mary Gantz of Manheim, PA; stepdaughters, Doreen (Robert) Gensemer of Denver, PA and Kimberly Earhart Townsley of Brownstown, PA; and stepson Douglas Earhart of Brownstown, PA. Visitation will be 2-4 & 6-8 PM Friday at the Greco Hertnick Funeral Home 3219 Main Street Weirton, WV, where funeral services will be conducted 11 AM Saturday. Rev. Larry Barkley will preside. Interment will follow at Highland Hills Memorial Gardens. Johnny's family would like to thank their cousins, Thelma and Rich Mills for all of their love, care and support during Johnny's recent stay in the hospital. Share tributes www.grecohertnick.com 304 748 3219
View current weather.