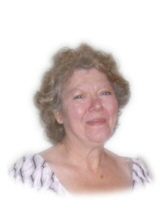 Linda Louise Belli, 58, of Wellsburg, passed away Tuesday, September 28, 2010 in the UPMC Presbyterian Hospital in Pittsburgh, PA. Born October 26, 1951 in Pittsburgh, she was a daughter of the late Everett and Margaret Burtynski Colbert. She was also preceded in death by her son-in-law, John Miller. Mrs. Belli was a homemaker and Catholic by faith. Linda is survived by her companion John Loughrie of Wellsburg; daughter Lori (Owen) Miller of Weirton; brother Mark Colbert and his wife Theresa of Columbus, OH; sisters Karen Colbert of Columbia, MD, Janet Smith and her husband Dean of Columbus, OH, Sandy Morelli and her husband Mark of Wintersville, OH and Kim Colbert Martin of Columbus, OH and grandchildren Jonathon, Katelyn and Brandon Miller. Friends will be received Friday from 6 until the 7PM memorial service at the Greco-Hertnick Funeral Home, 3219 Main Street, Weirton. The Reverend Paul Bailey will officiate. Burial will be at the convenience of Linda's family.
View current weather.