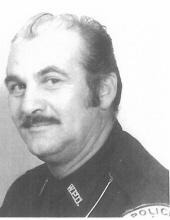 Louis Torchio, Jr., 88, of Powell, Ohio, formerly of Weirton, passed peacefully in his sleep on August 1, 2019. Born December 22, 1930, in Weirton, Louis was a son of the late Louis and Mary (Gillette) Torchio, Sr. He was also preceded in death by his wife of 41 years, Suzanne (Costlow) Torchio; brother, Anthony Torchio, and sisters, Rose Altomare and Viola Buracchio. After graduating from Weir High School in 1949, Lou attended Butler University in Indianapolis where he played football. Upon his return to Weirton, Lou joined the Weirton Police Department, where he served for 20 years. He proudly served in the US Navy during the Korean War. Louis was a member of St. Joseph the Worker Roman Catholic Church, Fraternal Order of Police and Knights of Columbus 3734. A wonderful father and grandfather, Lou will always be remembered for his big heart, his authenticity, and his love for all people. His legacy will carry on with his daughter, Tina (John) Fitzgerald; son Louis J. (Ginny) Torchio; six grandchildren Lara, John Jr., Michael, Amanda, Louis (Matt) and Nicholas and two great-grandchildren. Friends and relatives will be received 4:00 PM to 7:00 PM Tuesday at Greco-Hertnick Funeral Home, 3219 Main Street, Weirton. Additional visitation will be 10:00 AM until 10:30 AM on Wednesday at the funeral home. Mass of Christian Burial will be celebrated 11:00 AM Wednesday at St. Joseph the Worker Roman Catholic Church with the Reverend Father Dennis J. Schuelkens, Jr. officiating. Entombment will follow in Mount Calvary Cemetery, Steubenville, OH. Share tributes and memories at www.grecohertnick.com
View current weather.