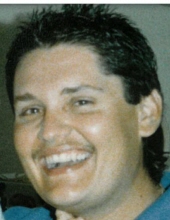 Mark Stephen Mohoroski, a lifelong resident of Weirton died Sunday, December 20, 2020, after a six-week battle with Covid 19. He was 59 years old. Mark was born in Weirton on April 19, 1961, one of three sons born to Michael and Mary Ann Hrustic Mohoroski. Moe graduated from Weir High School in 1979 and furthered his education at West Liberty State College. After graduation, he accepted a job at Kaufmann’s, where he became the head of security. In 1989 he joined his childhood friend, Matthew A. Magnone at Assure America where he was currently a senior executive and corporate treasurer. An avid and talented golfer, Moe loved the camaraderie of golfing with his friends and the numerous golf trips where he traveled to Myrtle Beach. Moe was fascinating. He could recall just about every shot to every round he played. He also enjoyed watching the Dallas Cowboys, Pittsburgh Pirates, and WVU Mountaineers. Most of all Moe will be remembered for his intergity, loyalty and his caring nature he had for his family and friends. He was a member of Saint Mary’s Byzantine Catholic Church, Greek Catholic Union, Knights of Columbus and the Pleasant Valley Country Club. He often nourished his faith at the 7:30 AM Mass at Saint Joseph the Worker. Mark was preceded in death by his father on January 10, 1989 and his mother on March 24, 2013. He will be remembered with love and admiration by his brothers, Dennis (Linda) and Robert “Bobby” (Cheryl) Mohoroski; his nephews, Matthew, Michael, and Daniel Mohoroski; all of his colleagues at Assure America, his golfing buddies and the many friends he made along his way. Private visitation will be held at the Greco-Hertnick Funeral Home. A live stream of the Funeral Liturgy will be live streamed at 10 AM Wednesday on the Saint Mary’s Byzantine Catholic Church Facebook page. Mark will be laid to rest at the Saint Paul’s Cemetery. Memorial contributions may be made in Mark’s memory to the Saint Mary’s Byzantine Catholic Church 3116 Elm Street Weirton, WV 26062 Share tributes and memories at grecohertnick.com 304 748 3219
View current weather.