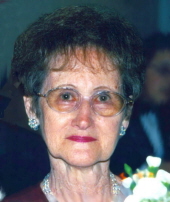 Mary Catherine Greer Babinchak, 81, of Weirton, passed peacefully in her home the morning of February 9, 2012 after a long battle with cancer. Mary was born on February 22, 1930, the daughter of the late Findley Greer and Lucy Gotshall Freeman. She was also preceded in death by two brothers, Olen Greer and Edward "Pete" Greer, and a daughter, Edda Babinchak Gunning. She is survived by her loving husband George Babinchak of Weirton; two sons, John Chilensky (Delores) of Douglassville, PA and Paul Chilensky (Mary Kay) of Imperial, PA; three daughters, Diana Fass of New Hope, PA, Lisa Babinchak Stickley (Steve) of McKees Rocks,, PA, and Diane Susan Bommer (Dan) of Wintersville, OH; sister, Betty Georgafandis (Stan) of Steubenville, OH; 15 grandchildren and 4 great grandchildren. Mary had a great love for family and devoted her time and energy to spending time with them and making all who had the great honor of being a part of her life as happy as she possibly could. She will be terribly missed by all but never forgotten. Visitation will be Sunday 3 - 7 PM at the Greco-Hertnick Funeral Home 3219 Main Street, Weirton. Funeral Liturgy with Mass will be celebrated 10 AM Monday at St. Joseph the Worker Roman Catholic Church, Weirton. Rev Fr. Dean Borgmeyer will preside. Interment will follow at St. Paul Cemetery, Weirton. Memorial contributions in memory of Mary can be made to Valley Hospice or to the Susan G. Komen Breast Cancer Foundation.
View current weather.