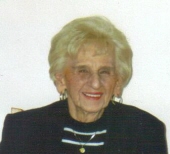 Mary Witkowski, 90, of Weirton, passed away peacefully Tuesday, February 16, 2010, in the Weirton Geriatric Center. Born April 15, 1919 in Rankin, PA, she was a daughter of the late Michael and Mary Chuhran Stasko. She was also preceded in death by her brother Michael Stasko and sisters, Agnes Nevlis and Rose Harasick. Having lived through the Depression, Mary worked at Westinghouse in Pittsburgh, and with 20 years of service retired from the former Erskine Glass Company in Wellsburg, WV. She was a member of St. Joseph the Worker Roman Catholic Church and the Christian Mothers. Mary is survived by her husband Maurice F. Witkowski of Weirton, whom she married May 4, 1945; daughter Marcia and Stan Wodnicki; son Rick and Deb Witkowski; brother Albert Stasko all of Weirton; a sister, Ann Puhala of Rankin, PA; grandchildren Mark Wodnicki of Weirton, and Shari Cain of Moon Township, PA; three great-grandchildren, Noah Wodnicki, Owen and Alaina Cain. Loved by so many and affectionately called "Queenie" by her fellow residents and caregivers, Mary will be sadly missed but fondly remembered. Friends will be received Thursday from 3-8PM at the Greco-Hertnick Funeral Home, 3219 Main Street, Weirton. Funeral Mass will be celebrated 10:30AM Friday, at St. Joseph the Worker Roman Catholic Church. Father Dean Borgmeyer will officiate. Entombment will be in Chapel Hill Memorial Gardens, Weirton.
View current weather.