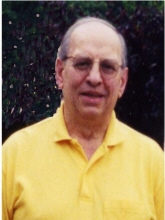 Nick Merkich, 71, of Weirton, went to be with the Lord on October 1, 2007. Nick was born on July 27, 1936, in Weirton, WV, the son of the late Dorothy Sadik. He was also preceded in death by his brother Mitch. Nick retired from Weirton Steel, where he worked on the Shipping Floor in the Strip Steel. He served his country as a Sergeant in the United States Marine Corp. One of his favorite pastimes was drinking coffee with his buddies and baking with his friend Rose. He also loved and enjoyed God’s creations especially caring and feeding all of the birds in his yard. Nick is survived by his loving nieces, Christine and Brian Schnau and their daughter Annie; Lisa and Frank Biondo and their children Matthew, Michael and Christina all of Michigan; his cousins, Jerry and JoAnn Jones and Family; Pete, Pam Jones and their son Tommy; Rose Israel and her son Rick; Sheila and Larry DiGasbarro; Nick and Lynn Merkich; George and Margaret Merkich; and Fred and Barb Huff. Nick will also be sadly missed by Renee, Lew, Jennifer, Joey, Shelby, his little buddy Jacob, and his many wonderful friends. Visitation will be 2PM until time of services at 4PM Saturday at the Greco-Hertnick Funeral Home, 3219 Main Street Weirton, WV. Memorial contributions may be made to the donor’s choice.
View current weather.