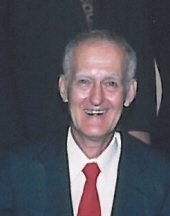 Richard Mamula, 82, of Weirton, WV passed away on Wednesday April 27, 2016, at UPMC Montefiore, Pittsburgh, PA. His loving family was at his side. Born on June 10, 1933, in Weirton, WV, Rich was the son of the late Mele (Mike) and Mildred (Chapurdja) Mamula. He was also preceded in death by his wife, Goldie (Hayden) Mamula on December 4, 2015. Richard was the owner of the Richard Mamula Insurance Agency on Main Street Weirton, where he sold Nationwide Insurance for 40 years. The epitome of a perfect gentleman, Richard was a Weir High Graduate of the Class of 1951, attended WVU and a U.S. Army veteran of the Korean War. He was a member of the VFW 2716, Serbian Men's Club, Aliquippa Serbian Club, and the Pleasant Valley Country Club. Most of all Richard loved his faith and church. He was a pillar in the Holy Resurrection Serbian Orthodox Church in Steubenville, OH, where he served as Sunday School Teacher for over 25 years, as well as the past Secretary, Treasurer, Vice President and President of the church. Mr. Mamula was given the honor of Kumovi when the church celebrated it's 100 Year Anniversary. His hobbies included golfing, planting and tending to his garden and landscaping, playing cards with friends, teaching his grandchildren checkers, and playing his violin. Most of all Richard will always be remembered for his kind heart and friendly nature. He is survived by his son, Richard H. (Susan McCaig) Mamula of Oakdale, PA; and his daughter, Diane Mamula of Imperial, PA; his two grandchildren, Richard A. and Rachel Mamula of Oakdale, PA; two sisters, Elizabeth Miller of Diamond Bar, CA and Georgette Williams of Naples, FL. Visitation will be 4-8 PM Friday at Greco Hertnick Funeral Home 3219 Main Street Weirton, WV. A Pomen Service will be held at 5:30 PM on Friday. Additional visitation will be held from 1:00 PM until the time of Funeral Services at 1:30 PM on Saturday at the Holy Resurrection Serbian Orthodox Church, 528 N. Fourth Street, Steubenville, OH. V. Rev. Father Rade Merick will preside. Interment will follow at Saint Elijah Serbian Orthodox Cemetery in Aliquippa, PA. (Brodhead Road at Hillcrest Avenue) Memorial contributions may be made to the Holy Resurrection Serbian Orthodox Church, 528 N. Fourth Street, Steubenville, OH 43952. Share tributes and memories at www.grecohertnick.com
View current weather.