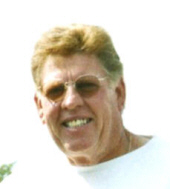 Richard “Red” Arango, 67, of Weirton, passed away Monday, April 10, 2006 at the Weirton Medical Center. Born November 8, 1938 in Weirton, he was the son of the late Manuel and Jamma Perry Arango. Red was also preceded in death by his brother Jack Arango and sister Violet Stansberry. With 30 years of service, Red retired from Weirton Steel where he worked as a certified welder and served as the ISU President from 1979 until 1982. He was Protestant by faith, a member of the WSX 25-Year Club, AARP and Weirton BPOE #1801. Red’s survivors include his wife Sherry L. (Craft) Arango; sons Richard and his wife Lauren and Troy and his wife Donna; daughter Lisa L. Arango; brothers John Arango and his wife Priscilla, Eugene Arango and his wife JoAnn and Manuel Arango and his wife Dreama; grandchildren Matthew Gonzales, Daniel Ferris, Justin Arango, Stephanie Arango, Vanessa Arango and many nieces and nephews including his special nephew Bobby Arango and his wife Cindy. The family will receive friends Wednesday from 2-4 and 6-9PM at the Greco-Hertnick Funeral Home, 3219 Main Street, Weirton, where funeral services will be conducted at 11AM on Thursday with Red’s nephew David Stansberry and Reverend Kevin Bowers presiding. Interment will be in Chapel Hill Memorial Gardens. Share tributes with his family at www.grecohertnick.com Funeral Home: Greco Hertnick Funeral Home 3219 Main Street Weirton, WV US 26062
View current weather.