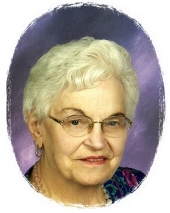 Sally Madich Lonchar, 90, of Weirton, passed away Friday, May 28, 2010 at Serra Manor. Born January 26, 1920 in Johnstown, PA, she was a daughter of the late Andrew and Milica Spich Matijevich. She was also preceded in death by her first husband Sam Madich in April, 1974; second husband Mike Lonchar; brothers Stanley "Jumbo", Eli, Mike and Nick Matijevich and sisters Mary Matijevich Mott, Mildred Emilie Kelchak, Martha Matijevich and Katie Goykovich Palmer. Mrs. Lonchar was a homemaker, a member of the Holy Resurrection Serbian Eastern Orthodox Church in Steubenville where she was an active member of the Peter Kristich Choir, who traveled throughout North America. She was also a member of the Serbian Womenï¿½s Club, known for being the best nutroll maker in the world. She also enjoyed decorating the church for various functions and, in her spare time, enjoyed painting. She is survived by her sons Perry Madich and his wife Meg of Newnan, Georgia and Sam Madich and his wife Holiday of Rollins, Montana; daughter Sandy Cupp of Laguna Niguel, CA; stepson, Charles and Betty Lonchar of Beaver Pa; step grandsons Micheal Lonchar of Beaver, Pa and Mark and Heidi Lonchar of Columbus, OH; brothers Milos "Al" and and Adam Goykovich both of Weirton; grandchildren John Cupp, Hunter Madich, P.J. Adams and Parker Adams and great-grandson Levi Adams. Friends will be received Sunday from 1-3 and 6-8PM at the Greco-Hertnick Funeral Home, 3219 Main Street, Weirton where a Pomen service will be held at 1PM. Additional visitation will be held Tuesday from 10 until the 11AM funeral services at the Holy Resurrection Serbian Eastern Orthodox Church. The Very Reverend Father Rade Merick will officiate. Interment will be in the Serbian Cemetery, Weirton. Memorial contributions may be made to the Holy Resurrection Serbian Eastern Orthodox Church, 528 North 4th Street, Steubenville, OH 43952.
View current weather.