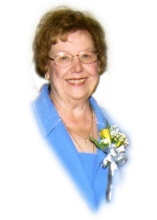 Surrounded by her entire family, Shirley Sciarrino, 75, of Weirton, passed away Sunday, December 13, 2009 at her home. Born December 4, 1934 in Weirton, she was a daughter of the late Henry and Mildred Rakowski Wenzel. She was also preceded in death by her husband Mike Sciarrino whom she married on October 10, 1953 and who passed away October 31, 2005, son Michael Sciarrino and brothers David, John and Robert Wenzel. Shirley attended Weir High School. After school, and until her marriage to Mike, she worked as a “tin flopper” for Weirton Steel. She also worked for the former Craft Haven shop in Weirton. She was a member of St. Paul Roman Catholic Church, St. Paul Christian Mothers, AARP and Four Seasons. For 46 years, she was an active card club member and enjoyed sewing in her spare time. Shirley will be sadly missed by her children Mickey Fulmer and her husband Jerry, Kim White and her husband Keith, Sherry Swiger and her husband Mark and Tony Sciarrino and his wife Debbie all of Weirton and Vikki Sciarrino and John Kutcher of Cadiz, OH; brother Fred Wenzel and his wife Fran of Weirton; sisters Connie Fancalski and her husband Joe of Weirton and Rite Boyce of Smithfield, OH; grandchildren Amanda and Michael Swiger, Jenna, Jessica and Anthony Fulmer, Tony Sciarrino, Jr. and great grandson Vance Swiger. Friends will be received Tuesday 6-8PM and Wednesday 2-4 and 6-8PM at the Greco-Hertnick Funeral Home, 3219 Main Street, Weirton. The Rosary will be recited at 2PM Wednesday in the funeral home. Funeral Liturgy with Mass will be celebrated 11AM Thursday at St. Paul Roman Catholic Church with The Reverend Father Larry Dorsch presiding. Interment will be in St. Paul Cemetery. Memorial contributions may be made to St. Paul Roman Catholic Church, 140 Walnut Street, Weirton, WV 26062 or Teramana Cancer Foundation, 380 Summit Avenue, Steubenville, OH 43952.
View current weather.