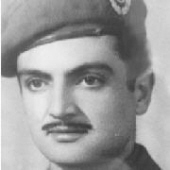 Stergios George Strakaris, 85, died peacefully Sunday night, February 7, 2016 in the comfort of his family's home in Columbus, Ohio. Born September 25, 1930, Stergios lived a full and productive life in Chios, Greece and later in Astoria Queens in New York. Born in the village of Olympi to Georgios and Lemonia Strakaris, he was a man of many skills and occupations - farmer, tradesman, veterinary medicine technician, civic leader, psaltis (chanter) and barber. He loved learning and reading, celebrations, and a lively conversation filled with laughter. Following World War II, he served in the Greek military and was honorably discharged. In January of 1969, he immigrated to the United States and became an American citizen in November 1975. A well-known personality in the Greek community of Astoria, he and his business partner George Orphanides operated George's Barber Shop where hundreds of clients - young and old - were groomed over a period of 45 years. Since October 2014, he resided in Columbus so that he could be closer to family. In addition to his parents, he was preceded in death by his sister Anastasia Latousakis, his adored niece Lemonia Strakaris, and special cousins Kiki and Nikos Latousakis. He is survived by his brother, Constantinos (Chirsoula) Strakaris of Maspeth, New York; nieces, Frances Latousakis Bby (Jim Miller), Lily (Gary) Comisso, and Fotini Strakaris; nephew, Nick (Argiro) Latousakis; beloved cousins, Eleni Paradissis of Chios Greece and Fotini Ligias of Toronto, Canada; great niece, Andrea Benavides; and great nephew, Michael Comisso; and many other cousins across the United States and Greece. Our uncle, brother, and cousin will be missed by his loving family and his many friends and acquaintances. Visitation will be 10 AM until 11 AM Tuesday February 16, 2016, at the All Saints Greek Orthodox Church, Weirton, where Liturgical services will be held at 11 AM. Very Rev. Father Frank Milanese presiding. Burial service will immediately follow at Union Cemetery in Steubenville, Ohio Funeral arrangements are being coordinated by GRECO-HERTNICK FUNERAL HOME in Weirton, WV. Share tributes and memories at www.grecohertnick.com 304 748 3219
View current weather.