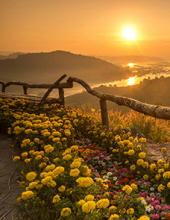 Theodore “Ted” Marinich, 75, of Weirton, WV, passed away Monday, March 26, 2018 at Acuity Specialty Hospital of Ohio Valley in Weirton, WV. His family was at his side. Born February 13, 1943, in Aliquippa, PA, he was a son of the late Mr. and Mrs. Nick Rebich. His mother passed away giving his childbirth. He was also preceded in death by his step father, Frank Marinich, and brother, Ned Rebich. Raised by his foster family, Ted was a software engineer working in numerous cities during his career. He enjoyed anything to do with computers. A HAM radio operator, Ted enjoyed connecting with people around the world. He also enjoyed history, and national politics. If he had an opinion on an issue, he did not hesitate to contact his senator or congressman. Family vacations were educational, often touring historical sites throughout the country. He was a Serbian Eastern Orthodox Christian. He is survived by his wife Frances Marino Marinich, whom he married on November 21, 1964; sons, Theodore Marinich of Raleigh, NC, Eric Marinich of Weirton and Thomas Marinich of Imperial, PA; his six grandchildren David “DJ” (Alexandra), Brittney, Jacob (Wishona), Alexis, Isaac and Candice Marinich. Private visitation and funeral services will be held at the Greco Hertnick Funeral Home 3219 Main Street Weirton V. Rev Fr. Rade Merick will preside. Interment will follow at Saint Paul’s Cemetery Weirton, WV. Share tributes and memories at www.grecohertnick.com . 304-748-3219
View current weather.