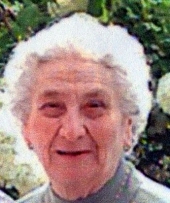 Theresa Kopa, 80, of Weirton died Saturday March 15, 2008, in the Inn at Wyngate. Theresa was born on June 2, 1927 in Weirton, WV, a daughter of the late Alexander and Mary Ann Zalenski Rogalski. She was also preceded in death by her son Robert Kopa on November 10, 1998, and her three brothers, Stanley, Frank , and Walter Rogalski; her two sisters, Genevieve Rogalski, and Ida Stachelek. Theresa was a homemaker, where she enjoyed her grandchildren and great grandchildren. She was a member of the Saint Mary's Byzantine Catholic Church, and the PNA Lodge. She is survived by her husband, Patrick Kopa, whom she married on September 9, 1950; her three sons, David, Michael and Michele Kopa, William and Diane Kopa; her daughter, Susan and Paul Rafacz all of Weirton; her grandchildren, Philip, Renea, Molly, Ben, Keith and Ron; her great grandchildren, Skyler and Jayna. Visitation will be 4-8 PM Monday at the Greco Hertnick Funeral Home, 3219 Main Street Weirton, where Parastas services will be held at 8 PM. Blessing services will be held 9:30 AM Tuesday in the funeral home followed by a Funeral Liturgy at 10 AM at the Saint Mary's Byzantine Catholic Church. Rev. Fr. Ed Lucas will preside. Interment will follow at the Saint Paul Cemetery, Weirton. Memorial contributions may be made to the Saint Mary's Byzantine Catholic Church 3116 Elm Street Weirton, WV 26062 or to the Valley Hospice 10686 State Route 150 Rayland OH 43943
View current weather.