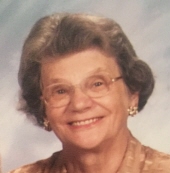 Theresa Marie Mankowski, 80, of Weirton, passed away Saturday, February 27, 2016 at UPMC Shadyside in Pittsburgh. Born November 19, 1935 in Steubenville, she was a daughter of the late Casmier and Mary (Sieminski) Mosiejewski. She was also preceded in death by her husband Richard W. Mankowski Sr., son John Mankowski, sister Dorothy Andrews and brother Stanley Sieminski. Theresa spent her life putting others before herself. She worked joyfully as a homemaker raising five children, twelve grandchildren, and five great grandchildren. She was a member of Sacred Heart of Mary Church where she belonged to the Rosary Society and Christian Mothers. She also spent much time volunteering for the Boy Scouts of America and Camp Fire USA. She is survived by her son Richard Mankowski Jr.; daughters Bernadette (James) Zucosky, Virginia Lamp and her fianc Michael Heilman, Annette (Chuck) Toland and Theresa (David) Lamp, all of Weirton, 12 grandchildren and five great-grandchildren. Visitation will be held on Monday from 4-7 PM at the Greco-Hertnick Funeral Home, 3219 Main Street, Weirton, where a Rosary will be recited at 6:30 PM by the Christian Mothers. A Mass of Christian Burial will be celebrated at 10 AM Tuesday at Sacred Heart of Mary Church. Fr. Anthony G. Thurston will preside. Interment will follow at St. Paul Cemetery. Memorial contributions may be made to Sacred Heart of Mary Church, 200 Preston Ave., Weirton, WV 26062. Funeral Home: Greco Hertnick Funeral Home 3219 Main Street Weirton, WV US 26062
View current weather.