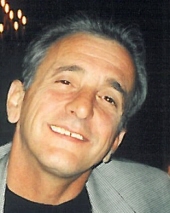 Thomas Osaba, 68, of Weirton died Monday January 18, 2016. Born on June 13, 1947, in Steubenville, OH, Tom was a son of the late Charles and Rose Marie Battista Osaba. He was also preceded in death by his wife, Elva Marie (Lloyd) Osaba on December 14, 2012; and his brother, Charles Osaba. A United States Navy Veteran, Tom retired after over thirty years of service from the Weirton Steel Corporation, where he was a crane operator. Most of all Tom enjoyed time he was able to spend with his family. He especially loved to watch his children, and later on his grandchildren compete in sports. He will always be remembered for his fun loving spirit. Tom was a member of Saint Paul's Roman Catholic Church, Weirton, WV. He is survived by his two sons, David Osaba (Darla) and Marc Osaba all of Weirton, WV; his daughter, Erin Short (Jason) of China; his sister, Karen Anderson of Weirton, WV ; his grandchildren, Marc and Dylan Edward Osaba and Camden and Cooper Short. Friends and relatives will be received from 9 AM until the time of his Mass of Christian Burial at 10 AM Friday, at Saint Paul's Roman Catholic Church, Weirton. Memorial contributions may be made to Saint Paul's Roman Catholic Church 140 Walnut Street Weirton, WV 26062. Funeral Home: Greco Hertnick Funeral Home 3219 Main Street Weirton, WV US 26062
View current weather.