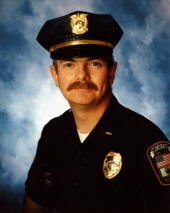 Timothy James Connell, 57, of Weirton, passed away Monday, August 24, 2009 at the UPMC Presbyterian Hospital in Pittsburgh, PA. Born September 1, 1951, in Steubenville, OH, he was the son of the late Melvin and Thelma Weaver Connell. An eagle scout, Tim graduated from Weir High School in 1969. After a brief employment with Weirton Steel, he joined the Weirton Police Department in 1973. Retiring as a highly respected Lieutenant on the force, Tim started his career in the uniform division, and finished his police career as the Officer In Charge of the Detective Division. While serving his community, Tim was assigned to the Hancock Brooke Weirton Drug Task Force, served as the Fire Arms/ Range Instructor, where he trained fellow officers, and was named to the Governor's Top Twenty. Tim was currently serving as a WV State Lottery Commission Investigator. He was a member and past officer of the F.O.P. Lodge 84. Tim is survived by his wife Sandy Petrovich Connell of Weirton whom he married August 4, 1973; son Matthew Connell and his wife Alexsandra of Bridgeville, PA; sister Terri Flinn and her husband Rick and mother-in-law Dolores "Baba" Petrovich all of Weirton. Visitation will be Thursday from 1-4 and 6-9PM at the Greco-Hertnick Funeral Home, 3219 Main Street, Weirton where Pomen Services will be held at 7PM. F.O.P. will stand in honor from 6-7 PM and from 8-9 PM Thursday Funeral services will be celebrated 12:00 noon on Friday in the funeral home with The Very Reverend Father Rade Merick officiating. Entombment will follow at Chapel Hill Memorial Gardens, Weirton, with Weirton Police Honor Guard and Firing Squad in attendance. Share tributes and memories at www.grecohertnick.com
View current weather.