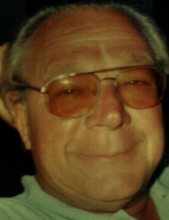 Wayne Kraina, of Weirton, passed away unexpectedly on Monday, July 13, 2020, at his home. He was 72. He was born July 25, 1947, a son of the late Rudy and Ann Vignovich Kraina. Wayne was no stranger to work, working several years for the former Weirton Steel Corporation as a Production Specification Analyst and maintaining production records. He also spent time with the cities of Follansbee and Wellsburg as a consultant to their City Manager. A West Virginia University Mountaineers, and New York Yankees fan, Wayne had fond memories of watching and attending many games. Wayne was a true sports fan; he enjoyed all sports. Wayne especially enjoyed golfing. The one aspect of golf other than shooting under par is the coveted Ace or hole-in-one. Something he did, in fact, accomplish, and being an avid golfer, he was very proud to add that to his repertoire. During their childhood years, Wayne was always protective of his younger brother, Michael. He enjoyed a good debate with his family and friends. While enrolled at West Virginia University, Wayne obtained an Undergraduate degree in Political Science and a Master’s degree in Public Administration. After graduation from West Virginia University, Wayne held the position of Teaching Fellow in their Political Science Department, introducing Contemporary American Government and Politics to undergraduate students. Wayne is survived by his brother Michael Kraina and his wife Jane of Weirton, and former wife, Janet McLain. Additionally, Wayne was a doting uncle to his niece Danielle (Mark) Blair and nephew Stephen Kraina. The family’s request for cremation has been honored. A memorial service will be announced at a later date and time. Professional services were conducted by Greco-Hertnick Funeral Home, 3219 Main Street, Weirton, WV. Share tributes and memories at www.grecohertnick.com 304-748-3219.
View current weather.